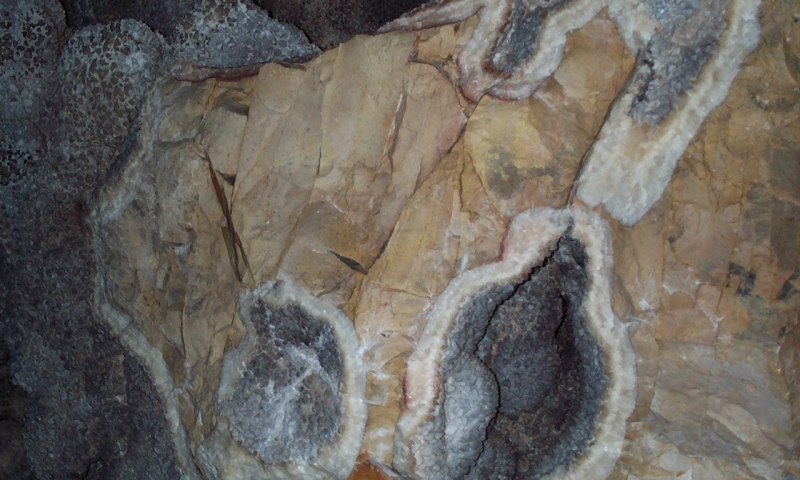 Named for its sparkling calcite crystals, Jewel Cave National Monument is the third longest cave in the world. With a long history of exploration and tourism, today the cave is visited by avid cavers, speleo-neophytes and curious tourists hoping to see the stunning stalactites and -gmites, frostwork, calcite crystals, gypsum needles, hydromagnesite balloons and other speleothems.

Exploration of Jewel Cave continues today, with new tunnels and passages being mapped all the time. Rangers lead a variety of guided tours – everything from easy walks along lighted walkways to lantern lit walks along historic routes to the Wild Caving Tour’s full-on caving experience.

In addition to the below-ground activities that attract most visitors, above-ground hiking trails and guided walks through the Ponderosa Pine forest are available.

Jewel Cave was first explored in 1900, when two brothers enlarged a small natural opening and attempted to create a commercial tourist attraction. Although they were unsuccessful, word of the cave reached President T. Roosevelt, who established the area as a National Monument in 1908. The area was eventually sold to the National Park Service in 1933, but it wasn’t until the 1960s that the husband and wife duo of Herb and Jan Conn began exploring the cave, mapping over 60 miles in the next 10 years. Today, just over 170 miles of passages have been mapped, with countless miles remaining unexplored.

Jewel Cave National Monument is located just outside of Custer, South Dakota and about 40 minutes (35 miles) from Rapid City, along US-16/US-385.

Jewel Cave National Monument is open year-round, with tours offered daily. Tour and Visitor Center hours vary by season (see the complete schedule here), but tours are offered throughout the day and the Visitor Center is always open from at least 8:30-4:30.

Jewel Cave National Monument can be contacted at 605-673-8300 or by visiting the National Park Service website.

The Jewel Cave National Monument, located just outside of Custer, is one of the longest caves and is filled with amazing calcite crystals.