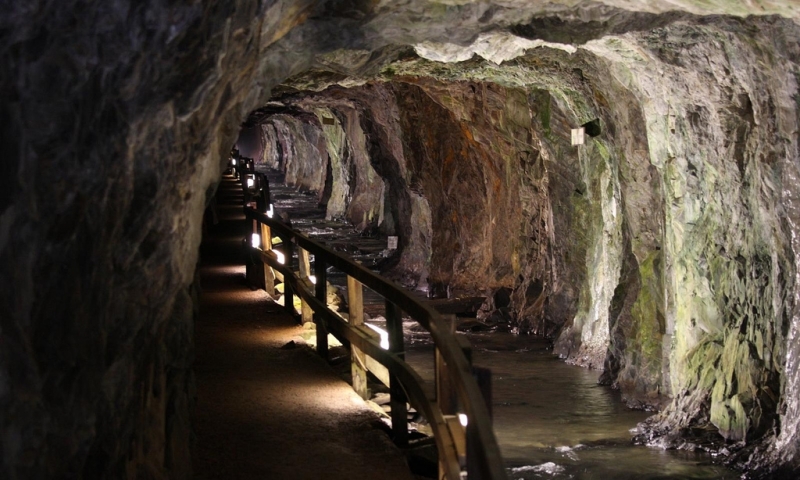 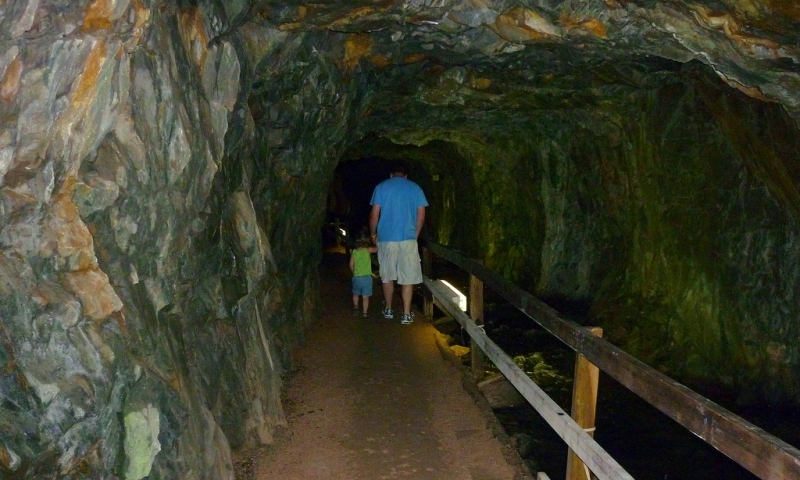 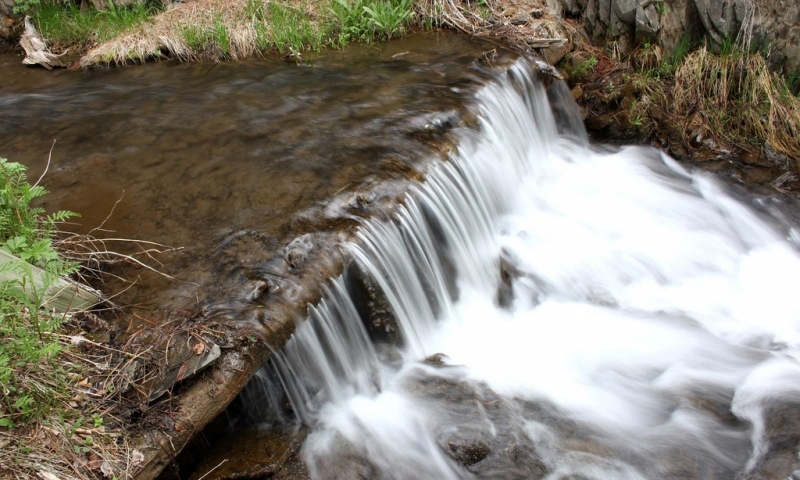 Deep inside a mountain, a 30 foot-tall waterfall cascades out of the darkness in a roaring spectacle. NOTE: Thunderhead Underground Falls is PERMANENTLY CLOSED.

Thunderhead Underground Falls is unique among the caves and mines of South Dakota’s Black Hills for one very large, very impressive reason. Six hundred feet within the mountain, this 30 foot-tall waterfall rushes out of the wall and then flows back along the passageway past the sparkling quartz veins and stalactites.

The falls are open during daylight hours, May through October.

Over 130 years ago, miners first began excavating a tunnel at the site that would become Thunderhead, drilling the 600-foot long tunnel by hand as they followed a promising quartz vein, hoping for gold. While the gold was never found, they did discover the Thunderhead Underground Falls before the mine shut down around 1900. The Thunderhead was forgotten until 1949, when a railroad passenger, Vera Eklund, noticed water flowing out from the mountainside. After following the stream and discovering the Thunderhead, the Eklunds purchased the land and billed it as a tourist attraction.

While the origin of Thunderhead Underground Falls is not know for certain, many locals speculate that it was created when miners accidentally blasted a hole in the river bed of Rapid Creek, which flows above the mine.