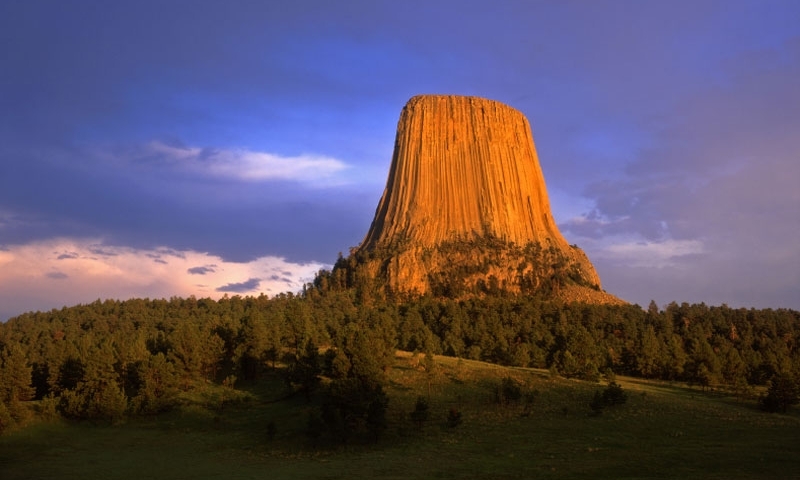 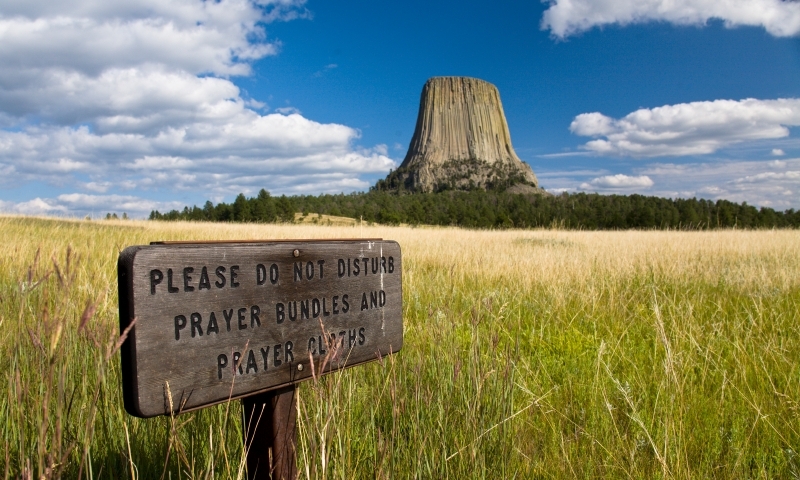 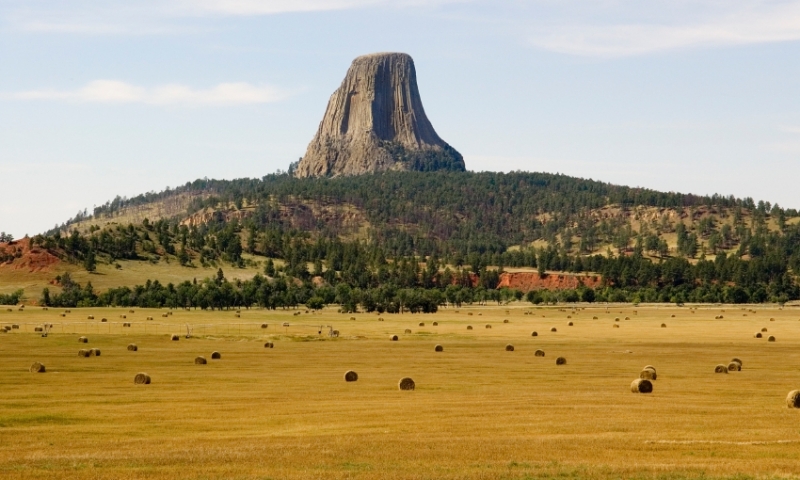 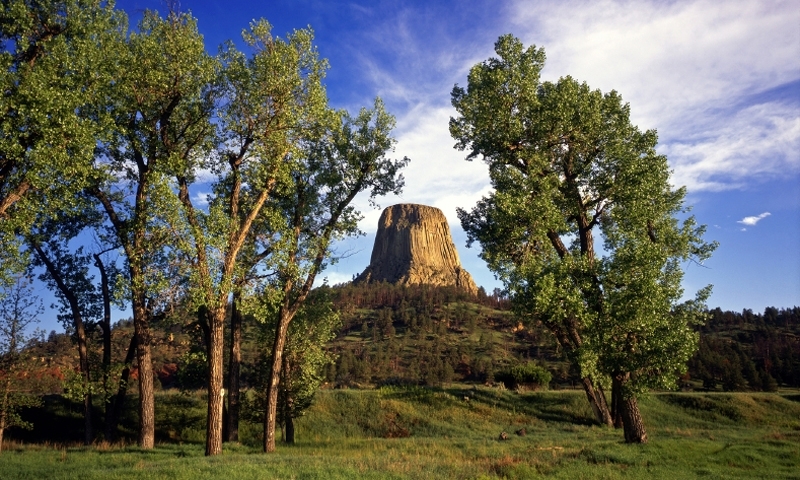 A site of historical, spiritual and recreational value to people of many generations and heritages, Devils Tower stands high above the surrounding plains. 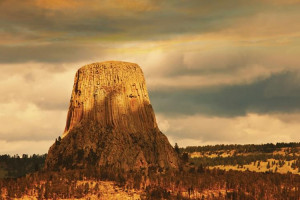 Although most geologists agree that the tower was formed by an igneous intrusion that has eroded over time, some mystery still surrounds the exact sequence of events that shaped Devils Tower, with some scientists holding forth that it is the remnant of an ancient volcanic plug while others positing that the tower is all that is left of an ancient laccolith.

Long before geologists began studying Devils Tower, Native American mythology created explanations for the tower all of its own. While stories vary somewhat from group to group, basic themes are shared by most. The Kiowa tribe story tells of seven little girls who were playing in the forest and suddenly found themselves being chased by giant bears. The girls ran to a nearby rock for refuge and prayed to their gods to save them. The rock then grew taller, raising the girls up into the sky until they became stars, forming the constellation of the Pleiades. As the tower rose with the girls, the bears clawed at the rising land, leaving behind the deep scratch marks that still appear on the sides of Devils Tower.

Since it was first climbed in 1893 by two local ranchers who ascended with the aid of wooden pegs they drove into the rock face, Devils Tower has become a popular climbing spot for climbers with varying ability levels. While the majority of climbs are several pitches, not all top out at the summit due to the lower quality rock near the top.

Since Devils Tower is a sacred site for local Native Americans, there is a voluntary climbing ban during June. While there are no legal repercussions for ignoring the ban, climbers are asked to abstain from climbing during this culturally significant period.

Climbers are required to register before and after all climbs on Devils Tower.

Eight miles of trails lead hikers around and through the monument. The popular Tower Trail circles the tower.

A variety of seasonal activities are led by park rangers, including walks highlighting the park’s natural history and geology, full moon walks that explore the area’s nightlife, and talks on the areas cultural history. Check in at the Visitor Center for a schedule of current events.

Entrance fee for Devils Tower is $15/vehicle, $10/motorcycle or $5/individual for a seven day pass. An Annual Pass is available for $20.

Devils Tower is located in Northeastern Wyoming along Wyoming-24, north of I-90 and US-14 between Sundance and Moorcroft, Wyoming.