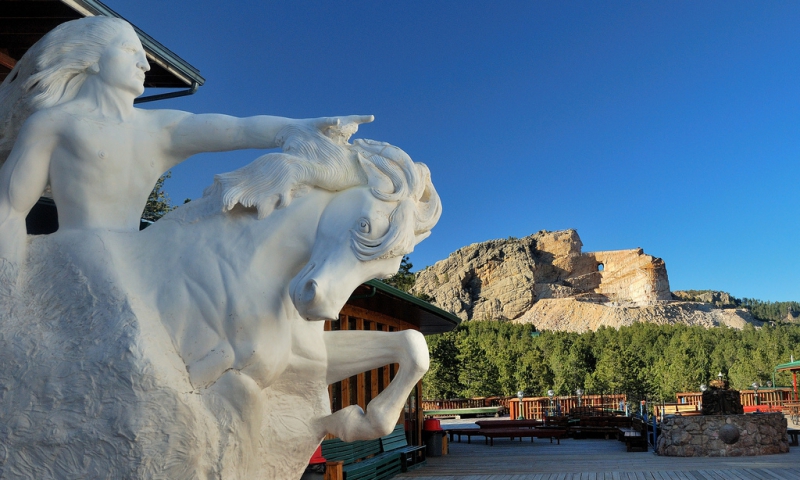 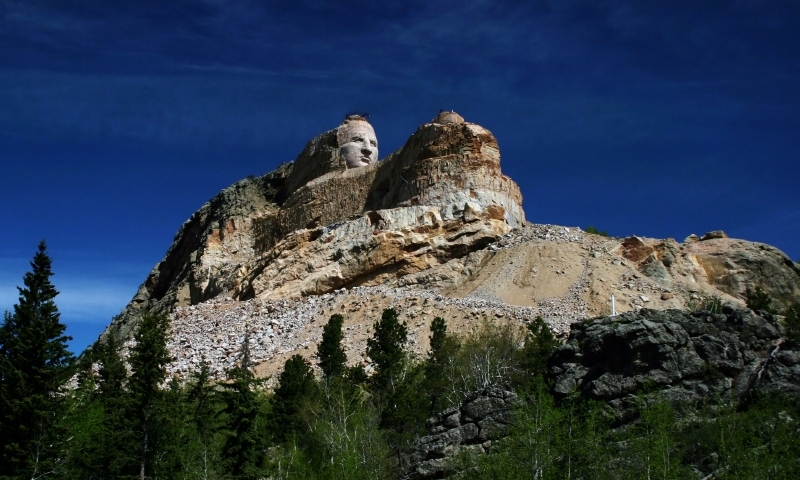 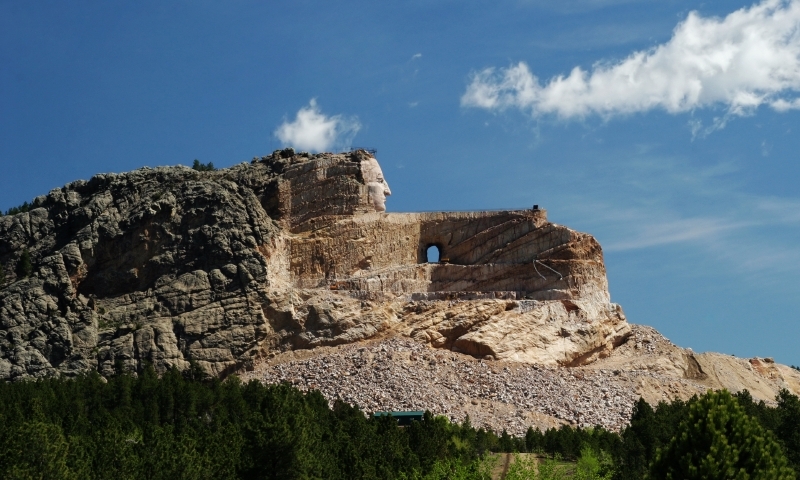 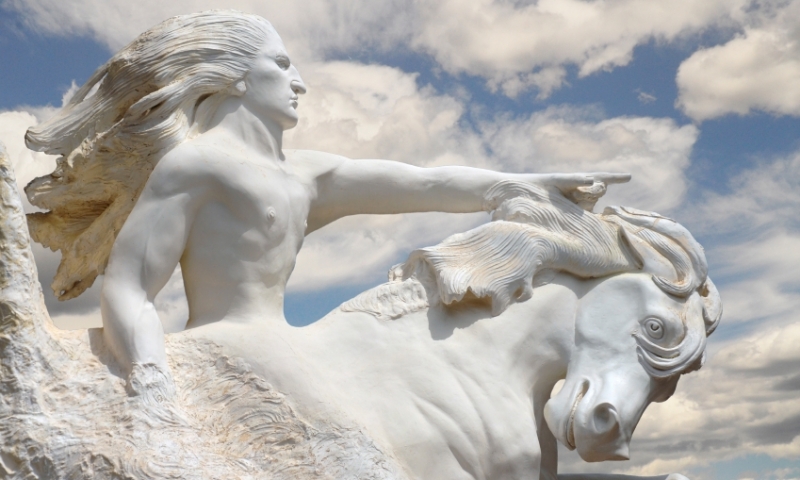 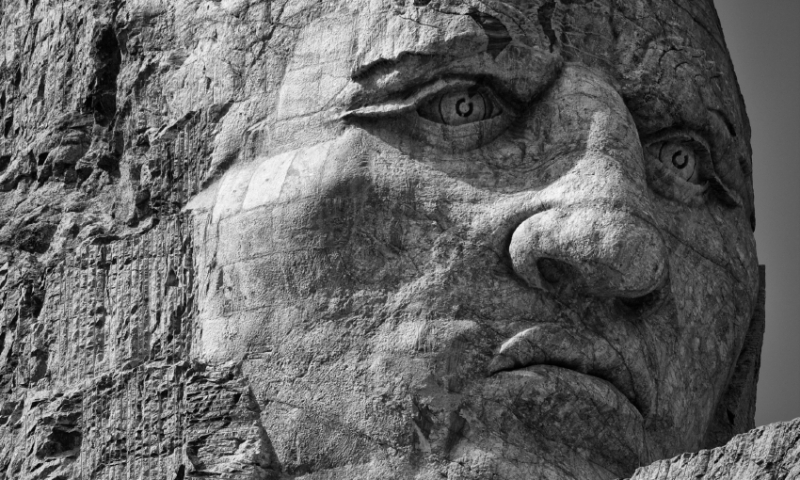 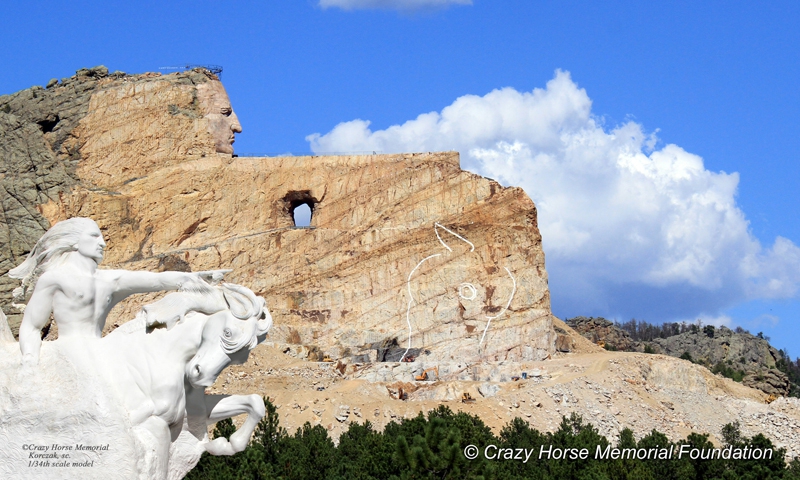 What can I see at the Crazy Horse Memorial?

When completed, Crazy Horse Memorial will be the largest mountain sculpture in the world. The site also features a campus including a museum, Native American Education and Cultural Center, the original sculptor’s studio and home, a restaurant, gift shop, and more.

The talented Boston-born sculptor, Korczak Ziolkowksi, was commissioned by Lakota Chief Henry Standing Bear and his tribe to begin work on Crazy Horse Monument in 1948, after settling on a suitable South Dakota mountaintop, with space for adjacent facilities dedicated to the heritage and culture of North American Indians. Crazy Horse Monument became Korczak’s life work, and although he died in 1982, his wife, children, and a group of engineers continue to work on this gargantuan project. The 87 ½ feet tall face was commemorated in 1998 and work is currently being done on the horse’s head. When finished, the monument will be 641 feet in length and 563 feet in height, depicting “a memorial to the spirit” of Crazy Horse as he points over his horse’s head towards the lands where, in Crazy Horse’s words, his “dead lie buried.”

There is no set schedule for blasts, however lucky visitors will be notified of such events a few minutes prior and may watch and photograph the explosions.

How much does it cost?

Chief Crazy Horse was a Lakota Sioux warrior, remembered for his bravery and skill in battle. He led the Lakota through many skirmishes and wars before his life was tragically ended while in the hands of the US army. During his brief life, Crazy Horse exhibited a gentleness and loyalty to his tribe and dedicated himself to the preservation of his people’s culture.

Great Sioux War of 1876-77: Crazy Horse played an instrumental role in attacks against the US army including:

At the time of Korczak’s death, work was still being done on Crazy Horse’s face. Korczak’s wife, his children, and a team of engineers continue work on the enormous sculpture to this day, funded entirely by generous donations.

Over the years, Crazy Horse Memorial’s campus expanded to include a museum, visitors center, educational center and more.

June 3, 1998 – The 88-foot high face was dedicated, exactly 50 years to the day that Korczak began sculpting the masterpiece.

Work is currently being done on the 22-story high horse’s head, and thousands of visitors continue to flock to Crazy Horse Memorial every year, to view this amazing mountain carving and to donate towards its progress and legacy to the Native American people.

The Crazy Horse Memorial is a work in progress. Its museum and memorial are open to the public in Custer.