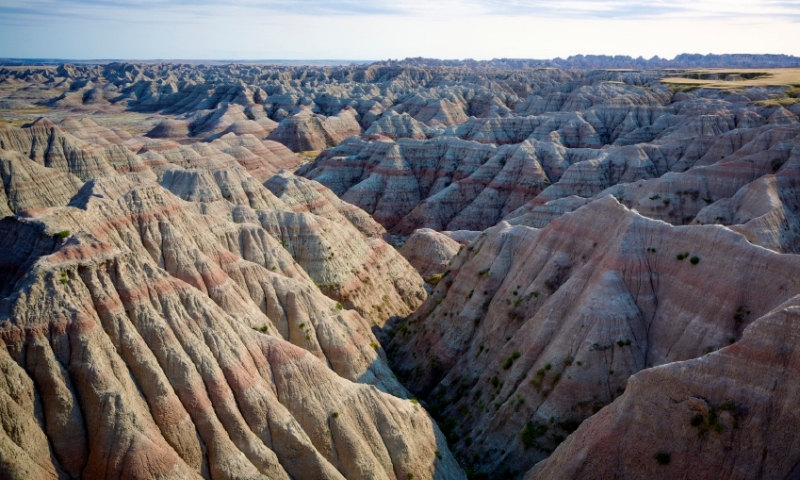 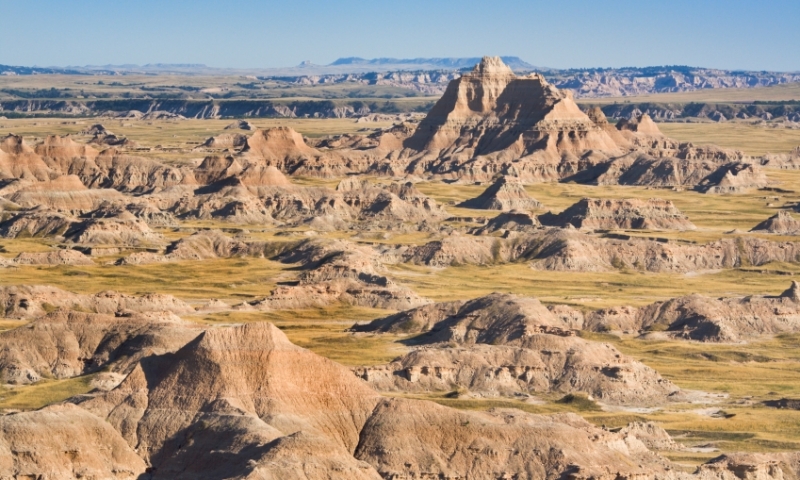 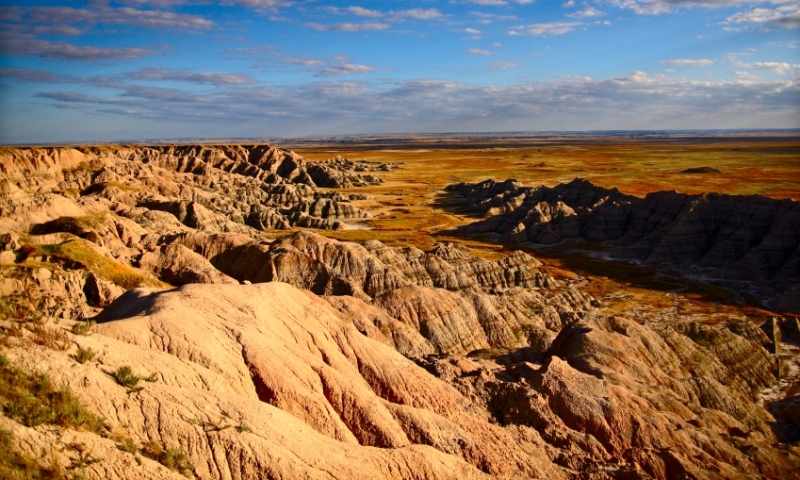 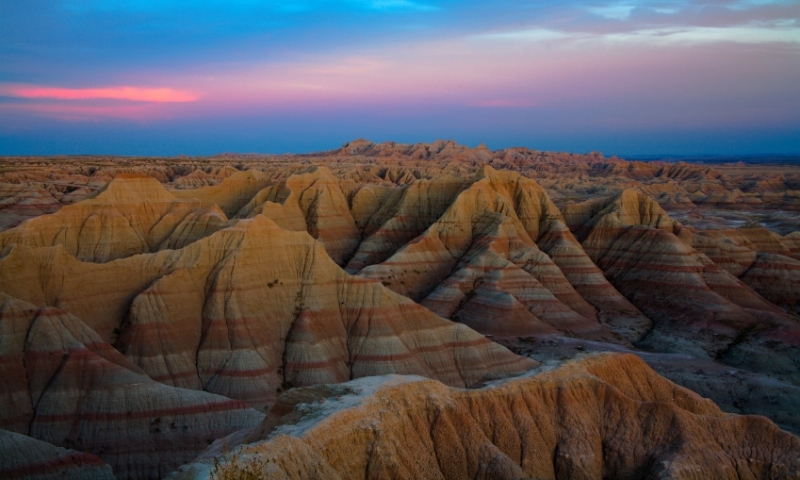 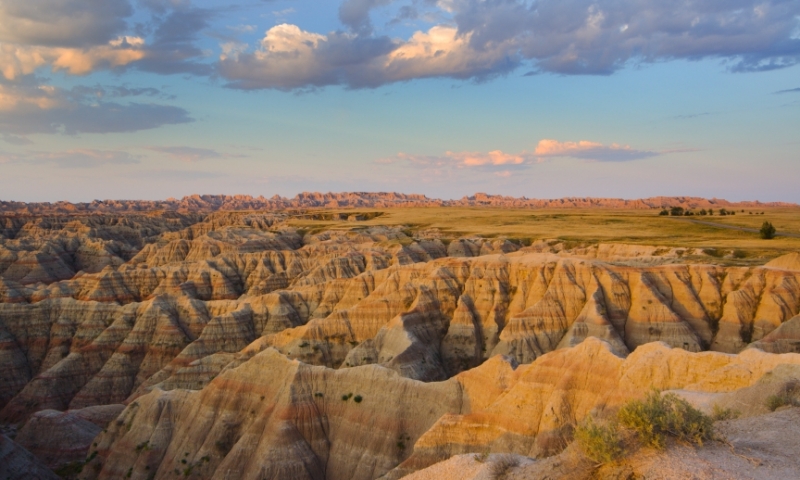 Learning about the science behind the beauty greatly enhances your enjoyment and appreciation of Badlands National Park.

The main geological feature of the Badlands National Park is best described as a long ridge or “wall” that extends nearly 100 miles south into the panhandle of the State of Nebraska. The Wall divides the upper, or northern, grasslands - those "above the Wall" - from those to the south. The latter, on average, are 200 ft lower in elevation.

Over 80 million years ago, this entire region was covered by a huge sea. During that same period, the climate was tropical, being hot and humid. Tremendous sedimentary deposits were laid down and created the bottom most layer of the current geology found in the Park. During the course of the next 20 million years, the sea floor was uplifted and drained by the same geological forces that formed the Rocky Mountains.

Prehistoric animals, including ancient camels, three –toed horses and saber-toothed tigers lived on the dried up lakebed. The remains of these animals are continuing to be uncovered in the region. The on going erosion in the Badlands is the result of the freeze-thaw cycle of water and other natural occurring conditions, including wind and rains. The bizarre landforms called badlands are, despite the uninviting name, a masterpiece of water and wind sculptured erosion.

Any place you travel in Badlands National Park, you can see examples of the powerful work of nature as it carved out portions of the land. The evidence of the strong erosive factors can be seen on every hike and in the view from your car are you travel the Park roads.

Big Badlands Overlook provides one of the best views of The Wall from above. The characteristic terraced cliffs of the badlands drop down to the lower prairie, and the White River.

Windows Overlook The  "windows" for which this overlook is named are the notches which have eroded out of the top of the cliffs. This overlook also serves as the trail head for three short nature trails - the Door, Window, and Notch Trails.

Cliff Shelf was created many years ago, when a giant block of stone fell from the surrounding cliffs, creating this relatively flat shelf. The compression factor of the impact of the fall compacted the stone, making it less porous. Water now collects here. The resulting vegetation makes this an oasis in the otherwise barren wall.

Ranger Led Geology Walks take place from May 30th to September 11, 2010. They begin each day at 8:30 am and explore the story of the White River Badlands.