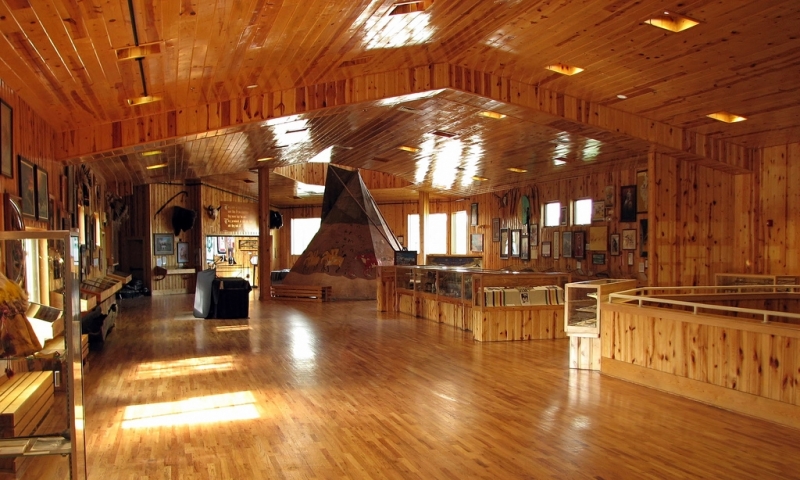 Located on the grounds of Crazy Horse Memorial, the Indian Museum of North America is dedicated to telling the story of Native Americans through cultural exhibits and artifacts.

What can I see at the Indian Museum of North America?

Before starting the construction of the Crazy Horse Memorial in South Dakota, sculptor Korczak had decided that he wanted to design a project for the people. He wanted to create a site where he could share American Indian culture and history with visitors. The museum's first collection was donated in 1965 by an Assiniboine-Sioux from Montana. This marked a tradition of growth as tribal members have continuously given crafts, artifacts, and art to the Indian Museum of North America. About 90% of the collection has been donated to the museum. Today the collections have grown to represent a majority of the diverse North American tribes.

The museum was built during winter of 1972 by Korczak and his family, using private funds, non-federal grants or moneys, just as he had planned the building of the memorial to be built. After his death, Korczak's wife and family have continued not only the sculpture project but also added new wings on to the museum.

Where is the museum?

The museum is located on the grounds of the Crazy Horse Memorial, along US Hwy 16 in the heart of the Black Hills and just 17 miles from Mount Rushmore.

Your entrance fee to the Crazy Horse Memorial allows you to visit the Indian Museum of North America.